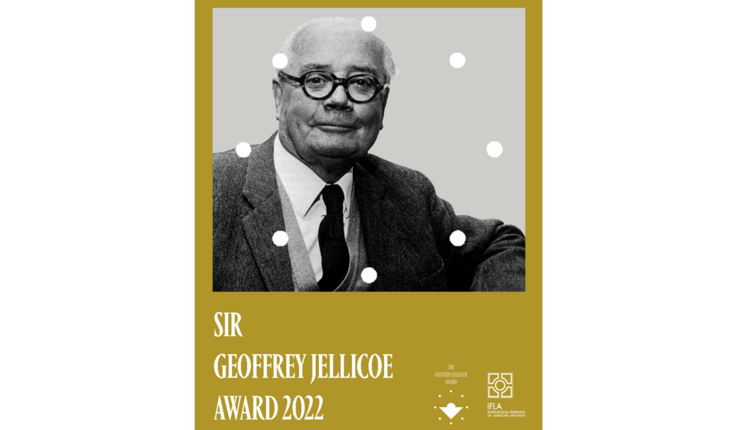 Call for Nominations due 15 February

The International Federation of Landscape Architects (IFLA), which represents the worldwide profession of landscape architecture, is soliciting nominations for its Sir Geoffrey Jellicoe Award.

Nominations can be made by any person anywhere in the world. Nominations are also welcomed from IFLA member associations, delegates, members and members of allied professional organizations. Nominations must consist of a brief letter, no longer than three pages, describing the nominee’s qualifications, including a summary of their background and achievements; professional work and/or teaching and publications; and a review of the nominee’s international contributions.

Nominations for the 2022 Jellicoe Award must be submitted by 15 Febraury 2022 to Sally Robertshaw, Executive Secretary, IFLA at admin@iflaworld.org

The award commemorates the outstanding contributions to IFLA of the President of Honour Sir Geoffrey Jellicoe of Great Britain (1900–96) who served IFLA as founding president from 1948­–54. Sir Geoffrey Jellicoe was a leading landscape architect with a career spanning almost 70 years. Jellicoe was a trained architect, but his prime interest was in landscape architecture. Jellicoe’s rich career enabled the creation of many inspiring projects, from Cheddar Gorge to the Kennedy Memorial at Runnymede, thought to be one of his greatest works. He was a founding member, as well as president of the British Institute of Landscape Architects. He was knighted for services to landscape architecture in 1979. In 1994 he was awarded the Royal Horticultural Society's highest award, the Victoria Medal of Honour.